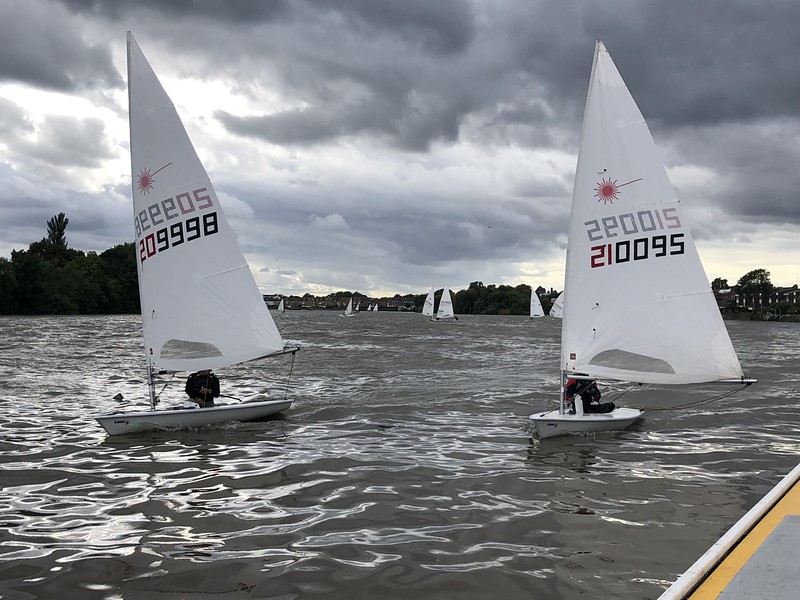 Anyone taking a Thames-side stroll along Upper Mall in Hammersmith, or maybe enjoying a lunchtime pint in The Ship on Saturday had a grandstand view of all the thrills and spills dinghy racing can provide. Entertainment was provided by the 17 competitors at the Laser Open at London Corinthian Sailing Club, the only tidal event on the Thames Valley circuit.

A gutsy force five from the west blew straight down-river, providing a super beat past Chiswick Eyot as part of a figure-of-eight course with a dog leg in slightly lighter conditions past the race box to a leeward mark. Three races were held with one discard.

Playing the shifts were crucial upwind, as well as making the best of punching through a sharp chop with wind over tide. Downwind it was about not death-rolling in said chop and deciding when to cross the river and how far to push into an incoming tide in search of the big gusts.

In the Standard fleet the first race was won by LCSC's Val Nedyalkov, with Simon Hills second having gained a lot crossing early to the Surrey Bank to catch more pressure and Clive Kitson third, making it a Corinthian 1-2-3. Val dominated the second race, too, with Tom Vanneste, LCSC, second and Gary Bullock, from Maidenhead SC, getting a handle on Hammersmith Reach by now and coming in third. In race three Val caught a rare death-roll leaving Simon Hills and Gary Bullock to fight it out for first place with Gary winning a close contest by using that age-old tactic of sailing faster. Overall results were Val Nedyalkov in first place, followed by Gary Bullock second and Simon Hills third. There was close racing down the fleet too, with only three points separating the next three competitors Tom Vanneste, Clive Kitson and Alex McAusland.

The Radials were dominated by the visitors, with Edward Brown from Broxbourne and David Calder from Burghfield revelling in the conditions, with the former winning with two bullets over the latter's one first and one second. A big shout too for London Corinthian's Caroline Simonds, sailing a lone 4.7, but coming ahead of some of the big rigs in all three races, and the two safety boat crews who were never in danger of having nothing to do. 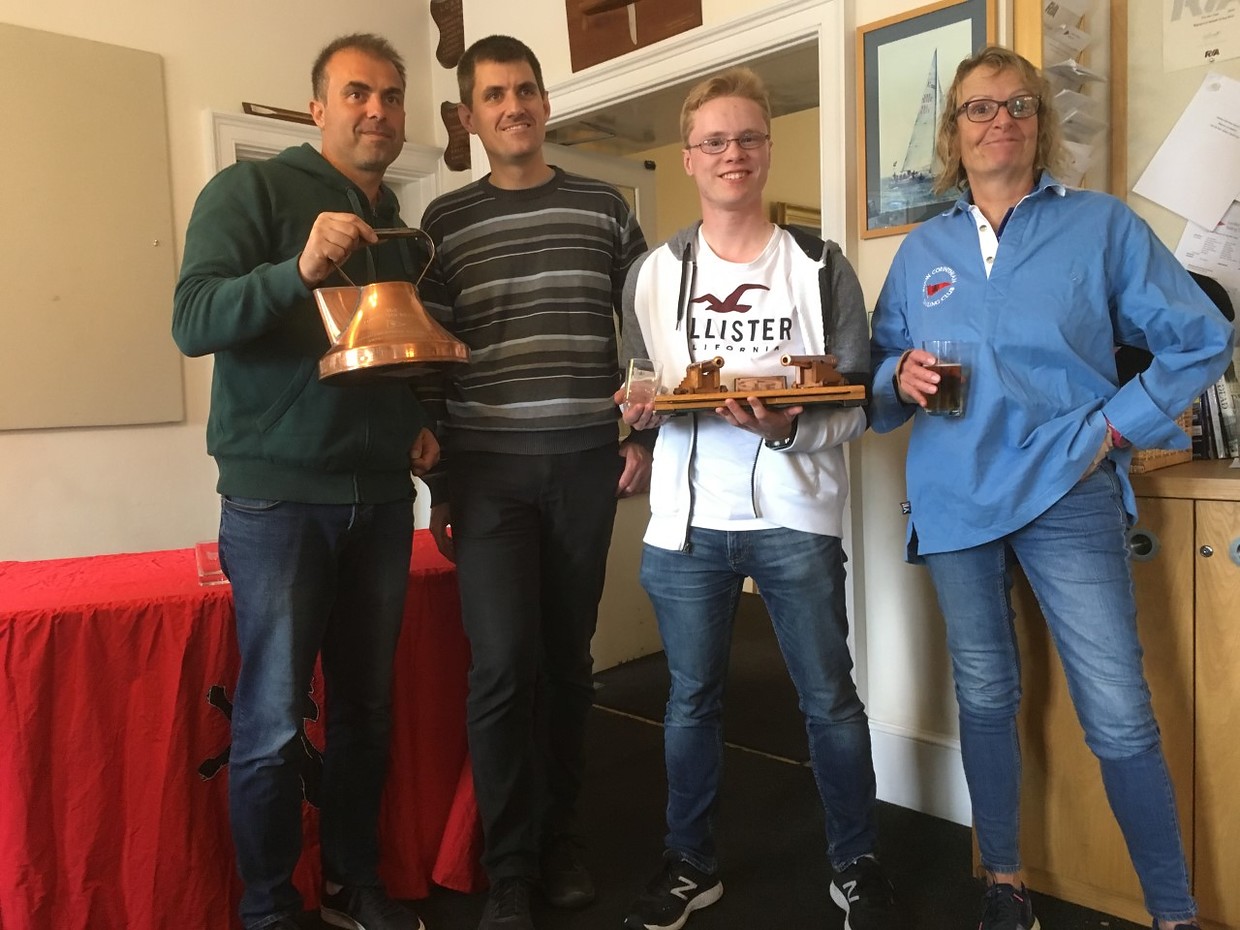