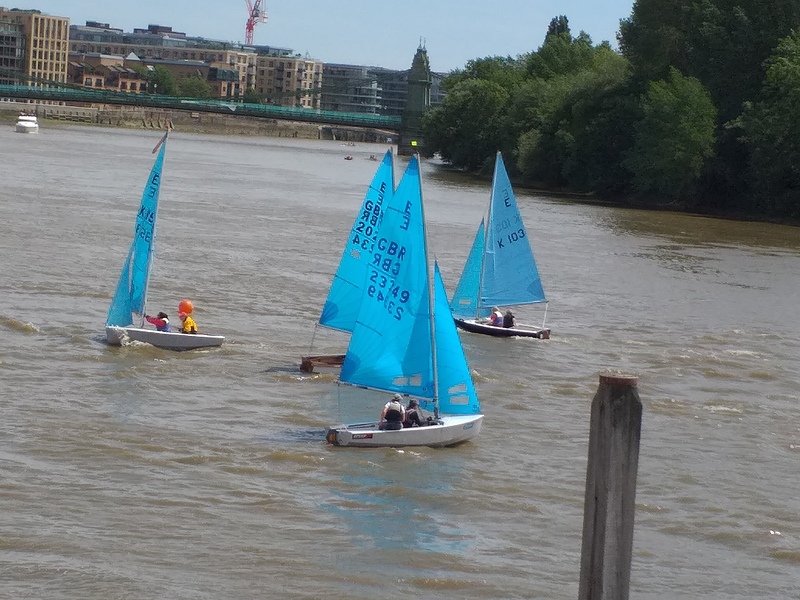 Visitors from six clubs joined the London Corinthians for the Enterprise Open at London Corinthian Sailing Club on the Thames at Hammersmith. They were greeted by a blustery force 4 with vicious gusts from the southwest making challenging conditions for them and the locals.

Three races were held back to back and the scene was immediately set with a couple of pre-start capsizes, before the fleet set up-river to the windward mark with wind-over-tide setting up a vicious chop to face a figure-of-eight course with a dog-leg to the leeward mark.

Ann Jackson crewed by Alan Skeems from Burghfield SC revelled in the conditions, showing the rest of the fleet the way with two bullets and, with a discard, able to sit out the last race. David Beaney, an ex LCSC member and previous winner posted two seconds with his crew Alex Beaney, but their place wasn't assured unless they entered the third race. An assured performance saw them romp home first in a depleted fleet and secure the runner-up prize.

Third overall was Val Nedyalkov crewed by Ruth Turnock who sailed consistently and were the first LCSC boat home, and Robin Broomford and Paul Bloomfield from Minima were fourth. There were visitors too from Rugby and Daventry, Lensbury and Littleton SC.

To crown the drama, one of the safety boats was greeted by a seal with a fish in its mouth. Not a common sight on Hammersmith Reach. Corinthian sailor Clive Kitson also claimed to have seen it under water. 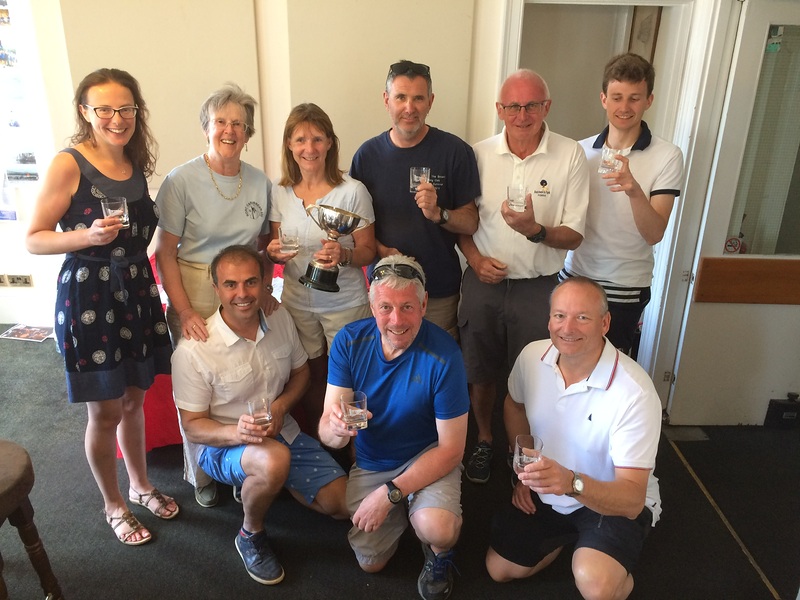