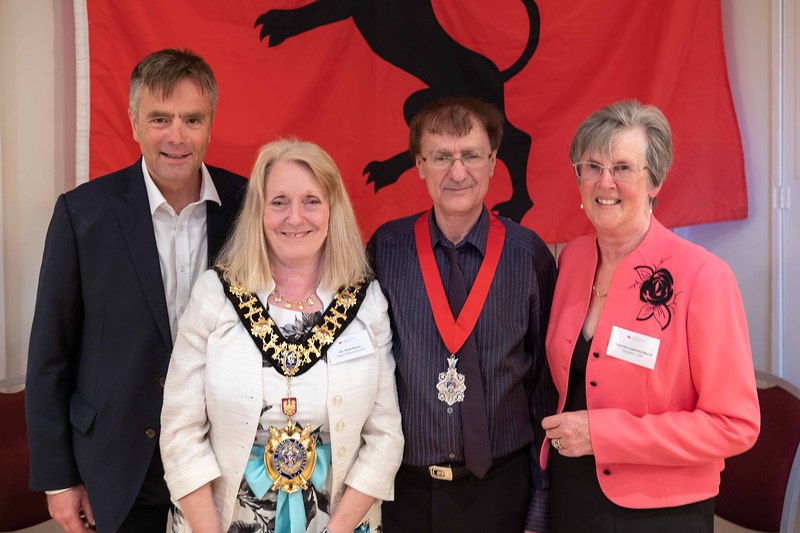 Based in Hammersmith, the club offers dinghy sailing on the Thames and offshore yacht sailing via UK and overseas trips, as well as a wide range of RYA-accredited training courses.

The club has a proud tradition of attracting a diverse membership of ages, nationalities and professions, drawing members not only from the local Hammersmith and Chiswick area but from right across the capital. The club currently has over 500 members aged from 20 to 80 years old.

In 2018, the club beat off competition from clubs around the country to win the Increasing Participation Award at the 2018 Royal Yachting Association Yachts and Yachting magazine awards.

The club runs a relaxed Toe in the Water programme to support newcomers as well as a formal race programme for more experienced sailors.

Originally founded on the steps next to the Black Lion pub (which gave the club its logo) the club has been a part of the Hammersmith community since 1894. During the Second World War, the club provided sailing training for RAF airmen and survived the demolition of its original club house due to damage from a 'doodlebug' during an air raid. Since 1962, the club has been based at Linden House- a lively hub within the local community. The club recently had a brush with Hollywood glamour when club instructors taught actress Rosamund Pike to sail for her role in the Marie Colvin bio-pic, A Private War.

Beverley Beech, President of LCSC, said: "It is fantastic that London Corinthian Sailing Club is celebrating such a significant milestone. What makes the club so special and has kept it going for so long is the warm atmosphere created by the members."

"We are proud to offer activities suitable for all levels from complete novices to experienced sailors. The club is a very social place, and as we look forward to the future, we would be delighted to welcome anyone interested in joining us."

To celebrate its anniversary the club will be holding a host of special events throughout the year, including a rally on the Solent in July.

Anyone interested in finding out more about the club can visit Linden House from 7pm on the first Tuesday of any month to have the chance to meet existing members and find out more.