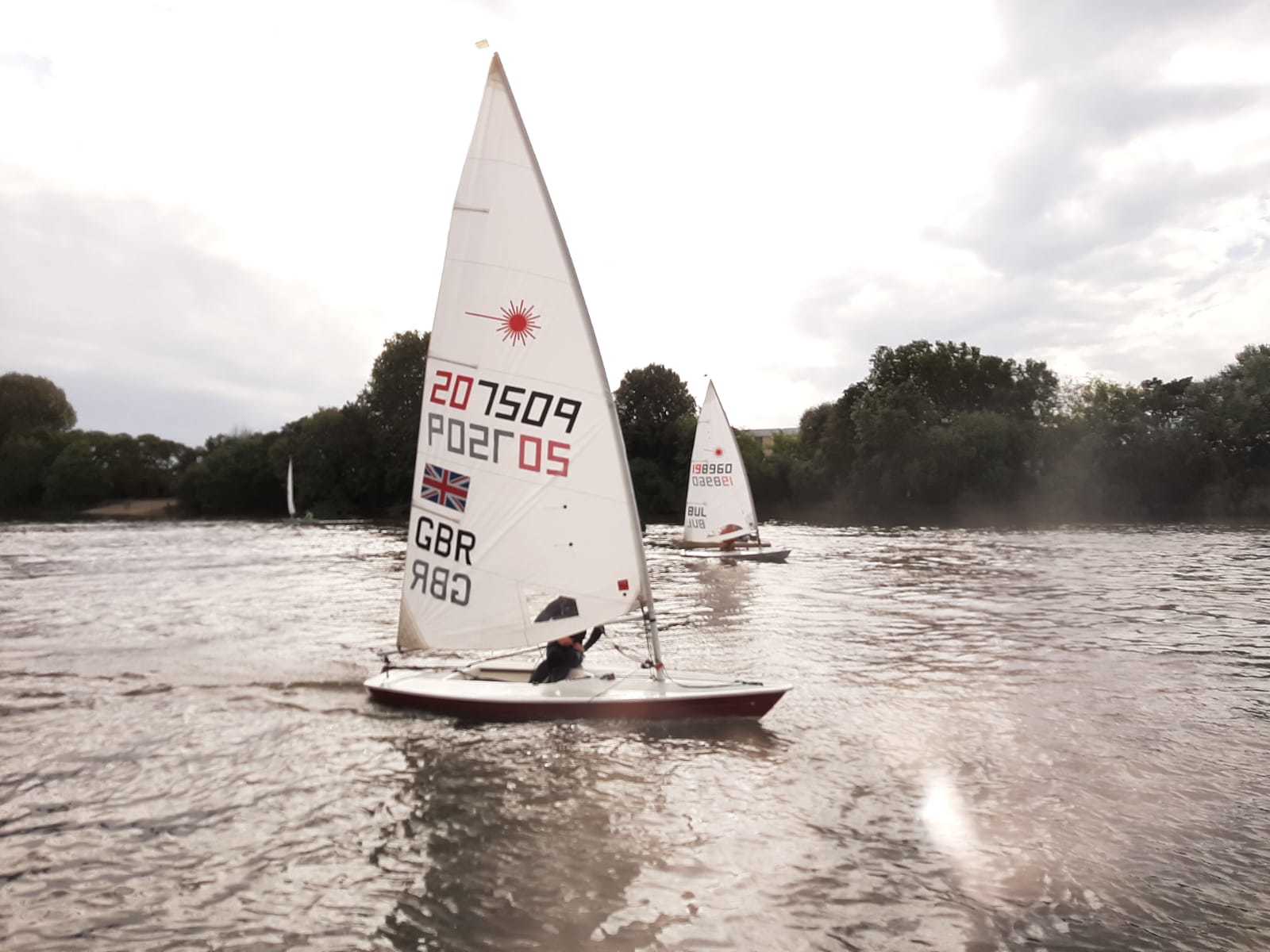 Three races were set, for the fleet of 11 Standard Lasers and 4 radials on the Hammersmith each of the River Thames, by Race Officer Simon Hills. The first race saw Papercourt sailor, Simon Hamnett, first off the start with Corinthian sailors Val Nedyalkov and Clive Kitson in pursuit. A little hesitancy from Simon saw Val take the lead through to the finish.

The second race appeared, at the start, a total repeat of the first but the wind had increased to Force 3 by this time and strong 25mph gusts bowled down the river led to a few tumbles in the fleet. The capsizes created some place changing but Val again finished first followed by Simon in second and London Corinthian sailor Andy Oliver in third.

The third race was shortened with a course variation to take into account the impending change of tide. (London Corinthian is the only tidal race on the Thames Valley Circuit, even though it is 60 miles from the sea at Southend!) Val again took the lead through to the finish once again. The shorter course created some bunching at the downwind mark where Simon Hamnett, turning to start the beat home, even though right-of-way boat, took avoiding action from on-coming slower boats on the run, but with one discard this didn't affect his final position. Fellow Papercourt sailor and ILCA Thames Valley representative Andrew Hill-Smith managed to avoid the confusion to take second place with Clive third. Overall results for the Standard lasers were Val Nedyalkov first, Simon Hamnett second and Andrew Hill-Smith third

The Radials shared the same start as the Standard lasers and were more stable but had less acceleration in the gusty tidal conditions. Martine Clayson and Caroline Simonds competed for first and second places in the racing with Martine prevailing by one point.