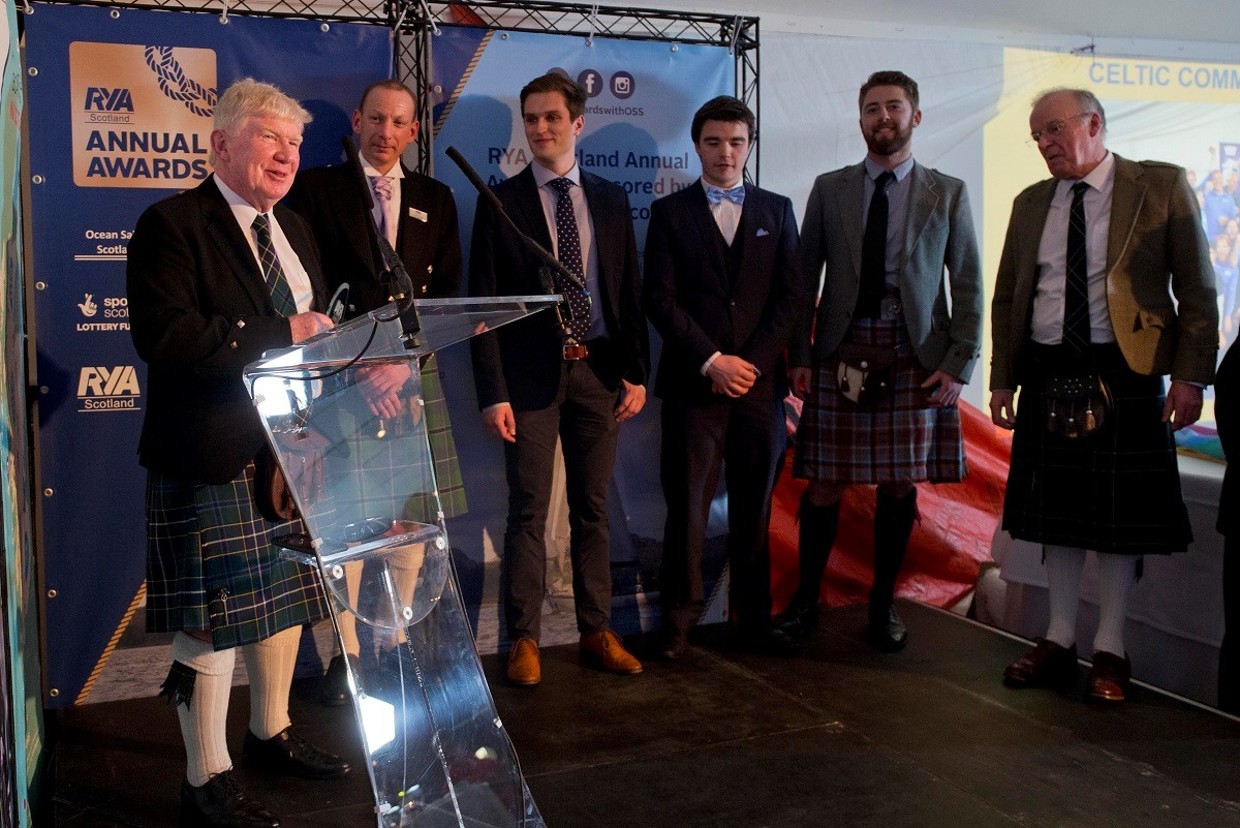 The 2018 Commodores Cup-winning crew of the Celtic Team have further reasons to celebrate after winning the Royal Yachting Association Scotland's award for "Performance of the Year".

The Commodores Cup is a bi-annual competition for teams of 3 boats. Races are held over 8 days on the waters of the Solent and around the Isle of Wight. It is rated today as one of the most prestigious ocean yachting competitions in the world after the Admirals Cup Trophy ended in 1992.

The Celts were worthy winners of the trophy beating a strong field and defeating the Netherlands Team, in second place, by some distance.

Receiving the award, Jock Wishart paid tribute to everyone who helped create the Celtic Team and praised the talent of the crew. "As I am speaking here on behalf of the whole team I can say good leadership is all about having the best people around you."

Jock Wishart has long held the ambition to form a team to compete for Scotland internationally in big boat racing. It finally came about after a chance meeting in 2015 between Wishart and Ruairidh Wright at a classic Fife Yacht Regatta. It coincided with a "golden period" for Strathclyde University in big boat competition at Student level

"We were able to recruit many of that great young team who were sailing together fairly regularly. That gave us a great core for our squad. They took part in the 2016 competition and we did OK, but did not win. What we learned was more important to us and took that experience into the 2018 series."

Success finally came for the team after Wishart ensured they chartered the right boats and partnered with a Cornish boat to put in a solid result in the 2018 competition.

The majority of the crew were Scottish and had learned their skills in Scottish competitions.

"We have a lot of great young sailors in Scotland, Our young people have "no fear" and, if they have the proper resources and equipment, they can do anything. It is fundamental. I can't forget that I myself took part in my first racing events at my original club Solway YC."

The boats in Celtic Team sponosored by Aberdeen Standard were: "Shaitan", "Adventurer" and "Keronimo" 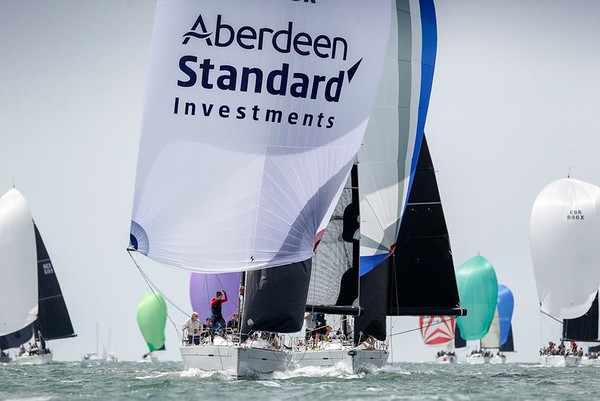 Caption: Adventurer, skippered by Jock Wishart in the Commodores Cup and crewed by a Scottish crew.