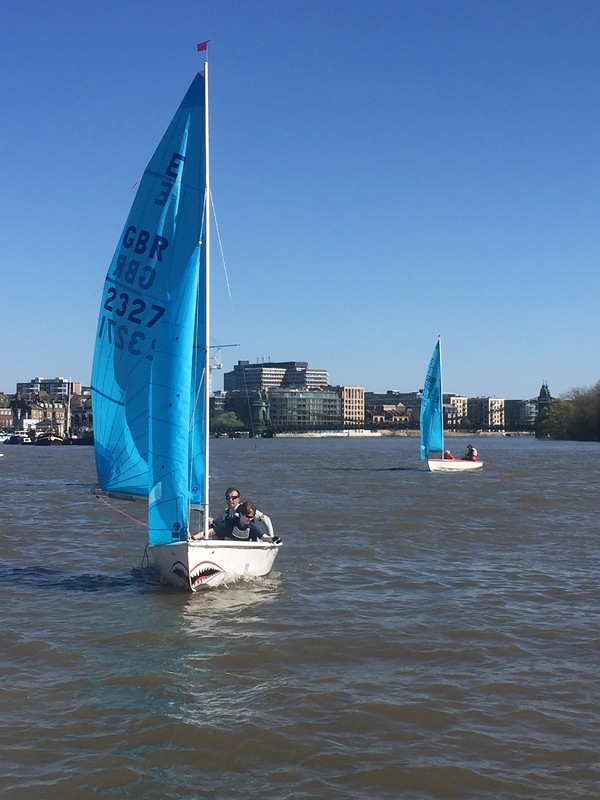 With the wind from the south, backing SSW, three races were ran back-to-back on a figure-of-eight-course on the stretch of river up to Barnes railway bridge pretty much dead upwind. Once sailors had battled for clear air and favourable shifts on water that sparkled like an inner-city Mediterranean, the next big decision was when to cross the river against the tide to reach the leeward mark.

Both upward and leeward legs led to close fought battles with local knowledge helping Corinthians to take three out of the top four spots. Winners were Val Nedialkov and Cara Glover in first place. The next three boats all on equal points, demonstrating how close the racing was. On countback it was Gareth Llewellyn and Kate Alexander in second, Chris Cowell and Alistair Stewart from Lensbury Sailing Club in third and LCSC Enterprise Captain Jeremy Whiting with Charlotte Hallward in fourth place.