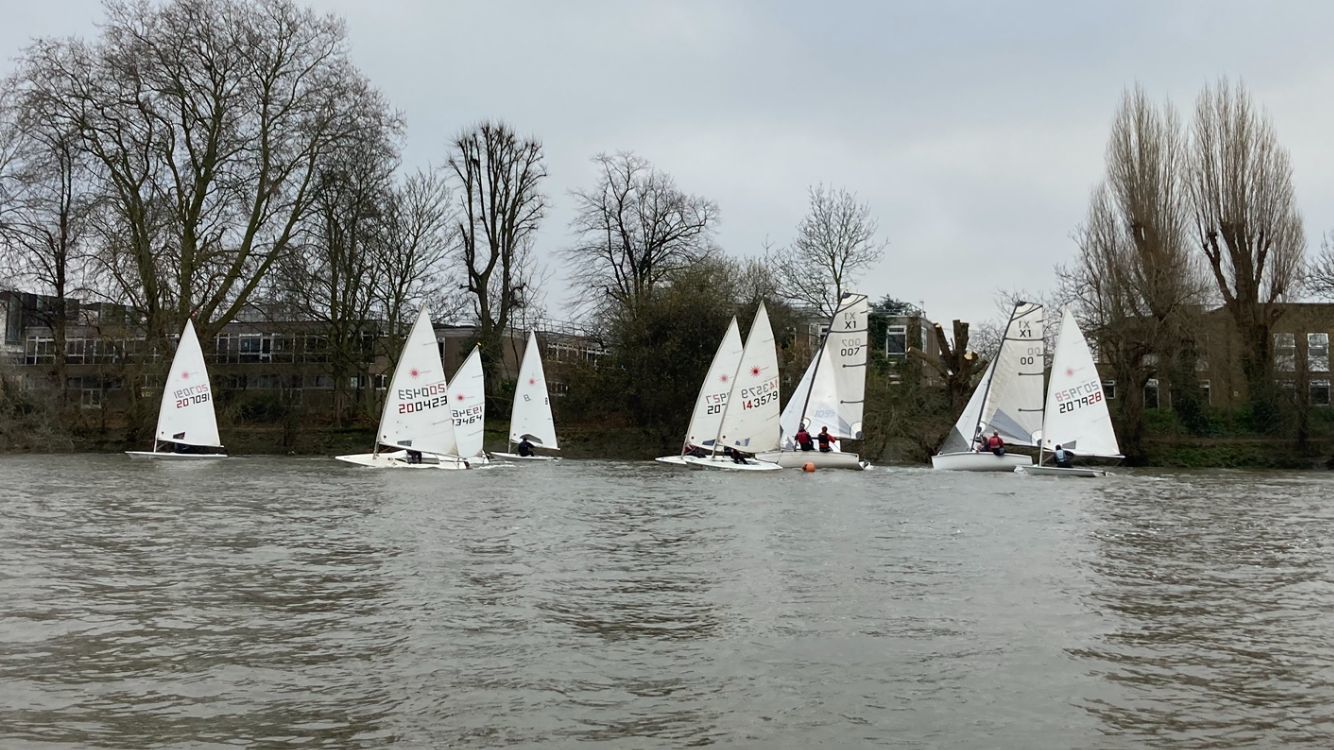 Simon Hills reports on The Christmas Punch Bowl Race, which took place in a light easterly that would veer ENE as the race progressed. A lot of boats were in contention with many place changes on the beats as sailors had to decide between tide and pressure.

First race was won by Phil Robin whose lead was pulled back with a close encounter with an X at the last, followed by your reporter, who won the second race with Ben Cooper in second who in turn went on to win the final race. Adding to the fun was a leeward start in the second race which made things a bit tasty at number four and also made the sailors choose between sticking with the Surrey bank or crossing the river twice against the tide in search of more pressure. Pretty much everyone had the lead at some point, and Clive Kitson and Stephan Meyen could well have found themselves in front of the famous LCSC red tablecloth at the end.

For once the Xs couldn't turn things their way, with short-races and not much time to be had with a spinnaker up. In the end honours went to Ben, with Simon second, hence your reporter this afternoon, and Phil third. Thanks to Peter Hallett, too for officiating and running three races around a good tactical course that made the most of the wind conditions. Happy Christmas to all, and here's to 2022.